A Saturday Tour of San Francisco 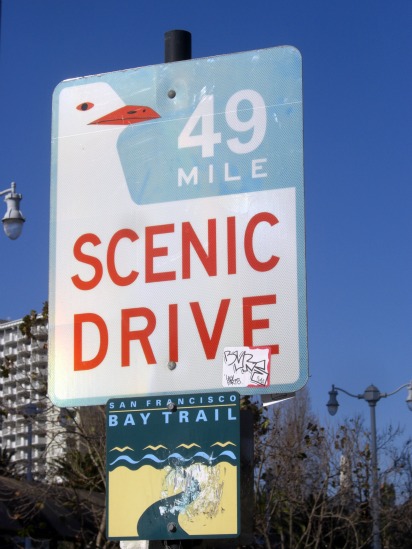 Just as we were driving across the Bay Bridge into San Francisco, while I was so taken with the beautiful views, I remembered I left my big girl camera at home. I pulled out the compact camera I carry in my purse and the battery was almost dead and I didn't have my charger. My phone camera was not what I was hoping to use for this trip. Despair.

Luckily I found a universal charger I could use and could at least get my compact camera working. I took lots of photos over the weekend, which was great. The first morning I realized that I had also not packed my workout pants. Sort of makes exercising a bit of a challenge, you really can't skip the pants part. 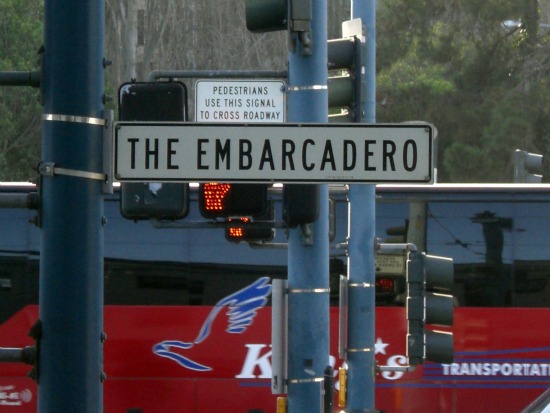 Speaking of going without pants, would if surprise you if I told you that on Saturday afternoon on the Embarcadero we passed a couple walking down the street BUCK NAKED holding hands with big smiles on their faces? A bit shocking. They were very obviously trying to make a point about the joy of their nakedness, but around a lot of families I found it just obnoxious. I'd like to get that dear woman a bra because "the girls" aren't supposed to be worn at belt-level. 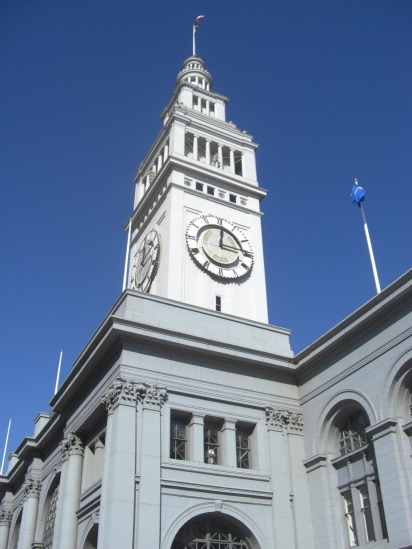 We took advantage of the Ferry Building Farmers Market Saturday morning and ate some amazing food and did a lot of people watching. Thankfully the people there were dressed. I have been taking shots of what seems to be San Francisco fashions that I will share with you later in the week. I will also share a bit from some favorite shops and products I went a big gaga for there too. 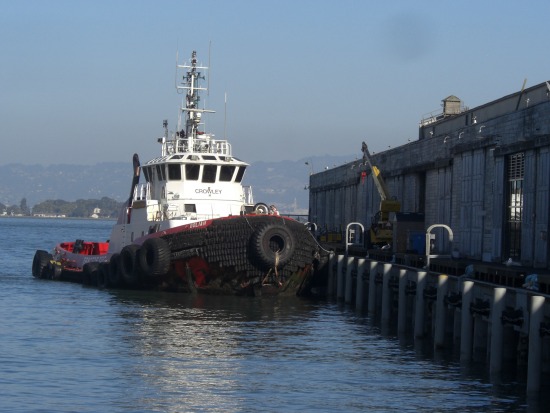 Having not been along the Embarcadero in at least a decade I was so happy to see that it has been revitalized with restaurants and businesses. It is such a great area and with such spectacular views. We walked from The Ferry to Pier 39 where we snacked on the back deck on a picnic of cheese and crackers, clementines and delicious cookies while we listened to the Sea Lions bark and watched the boats go by. 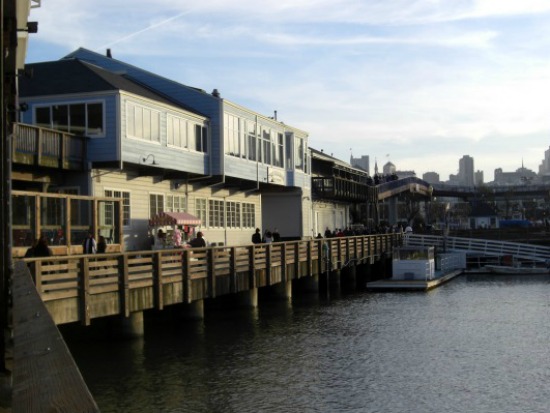 Based on claims of unseasonably high temperatures we were surprised to find we were still quite cold a lot of the day, despite jackets and scarves. But it was great to see the locals and check out their fashion. By mid-day I was getting the hang of the San Fran look and was glad I had all the warmer elements back at the hotel. In a word, it's all about the riding boots. 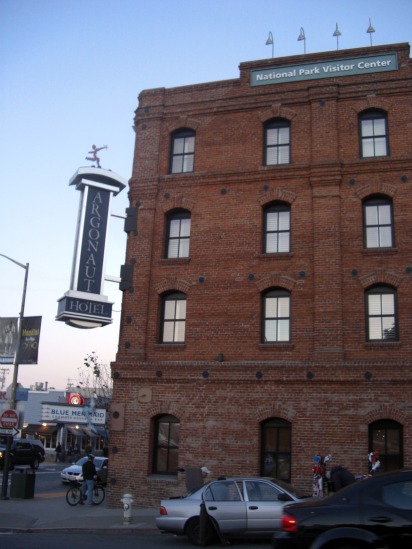 As we walked along, we stopped to catch up on the 49er/Saints game at restaurants and bars throughout the afternoon. It was not hard to tell when the 49ers scored as you would hear a great cheer rising out to the streets. We caught the last 3 minutes looking through the window of a sushi bar with an ever growing crowd of people. That was a pretty crazy game. Nice job 49ers. 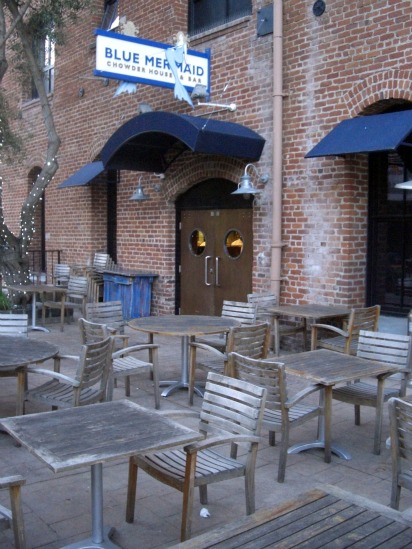 We enjoyed the sunset from Ghiradelli Square and then had dinner from the beautiful views of McCormick & Kuleto's Seafood. Gorgeous and the food is nothing to shake a stick at either. The real adventure of our day was when we decided to walk back to our hotel up Hyde Street. Just imagine what appears to be one of the steepest hills in San Francisco that lasts for many, many blocks. But it was awesome, especially if you walked backwards and enjoyed the downhill view. 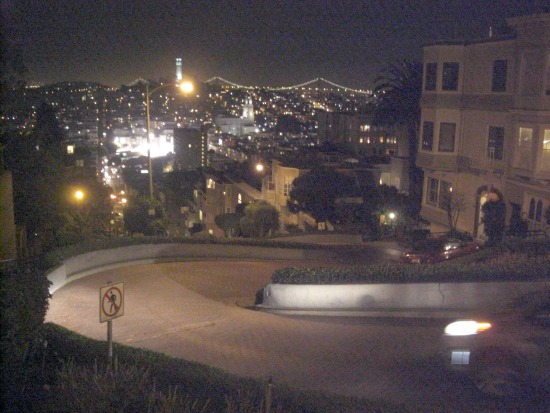 We enjoyed our walk. Along our way we came upon Lombard Street and a beautiful view across the city. The way back to our lodging was quite residential which was a welcome change after a day in San Francisco's most touristy zones. It's always interesting when you travel to see what life is like for those who live there. I enjoyed all the different ornate building exteriors, entryways and metal work.

It was a lovely day. Looking forward to sharing more of our adventures with you throughout the week. It was sunny on Saturday but the weather promises to get worse as the days progress so that should be interesting.