A Powerful Lesson In Simple Gratitude 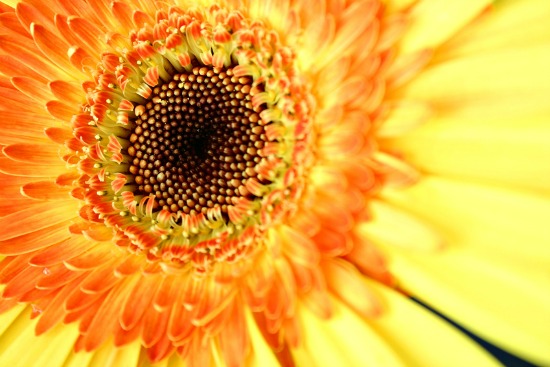 I had a sweet and powerful lesson in gratitude yesterday as we walked home from an activity at the school. We walked and visited with one of The Bug's classmates. The two of them were so cute walking shoulder to shoulder, chattering away, weaving back and forth across the sidewalk. I wanted to snap a picture of them from the back, but I was too slow.

A block south of our apartment building, as we crossed one of the alleys that run down the middle of the blocks, we heard a little girl yell out The Bug's name. We stopped and walked back a few steps when The Bug called back to one of the girls from her class. We walked over to say hello and then our little neighbor invited us in. It was dinner time and I wasn't sure her mother's take on things after looking for some reassurance. There was no response from her mother. The classmate continued to ask us to come in and then her mother said, "I don't speak English."

Oh, well that would explain why I wasn't getting any feedback from her. Her daughter said something in Spanish to her and then she said, "Yes, come." They were so sweet. so we went in for a few minutes. Their apartment building was old and run down. The door to their apartment was in a small corner where three front doors all met in a space about shoulder width wide. It was clear that there was not a lot of privacy or space.

When we stepped inside we walked into a medium size room. At the far end was a very small kitchen, and empty dining space, and a fridge. Pushed up against the back of the kitchen counter was a double or queen size bed with a sheet and blanket on top. There was a small vanity, two cupboards and two wood chairs in the rest of the room. The center was all open space.

Right when we entered The Bug immediately said, "Oh, I love the bright green paint on your walls!" I was so impressed she immediately found something gracious to say. There was bedroom space in the back of the apartment but other tenants lived in that space what from I could gather.

I was so impressed at the cheerful, happy feeling in this simple little home. There was no feeling of lack. It reminded me that despite hard times, I live a very luxurious life compared to most. Sitting in this green-walled home, unable to communicate in the same language, this all felt familiar. It reminded me of my time visiting with refugees in camps in Denmark years ago.

They were so grateful for what they had and it was usually just a room, with a bed or two, a hot plate and tiny refrigerator for a small family. These rooms were often in abandoned prison, hospital/rest home or mental asylum buildings. Not the cheeriest of places. But they were grateful for what they had, even if their entire future was in peril. At least they were away from the danger they had been living in.

You may be surprised to hear that in the refugee camps in Denmark there were asylum seeking Spanish speaking people from South America, along with people from all over Africa, Eastern Europe and the Middle East. My time with our sweet neighbors and the reminders of the refugee camps in Denmark gave me sweet remembrance of my blessings and to not give too much power to my worries and fears for the future. Life can be beautifully enjoyed with very little. It really is all about being with people you love and having a cheery disposition where ever you may land.

On our walk home, The Bug and I talked about what a lovely girl her classmate was and how happy she was even with so little and how we could be more grateful for all we have. It was a good talk and a good teaching moment. As we rounded the block towards out home, we heard The Bug's name hollered again across the block. There was our little friend sitting in the kitchen window of her upper floor apartment waving to us again. We waved and waved until we were out of site. I think I will remember today for a long time.
Posted by kalanicut at 12:00 AM

Loved this story! Thanks for sharing and giving us a reminder of the importance of daily gratitude.