A Pin Test #17: Halloween Scary Eyes In The Bushes 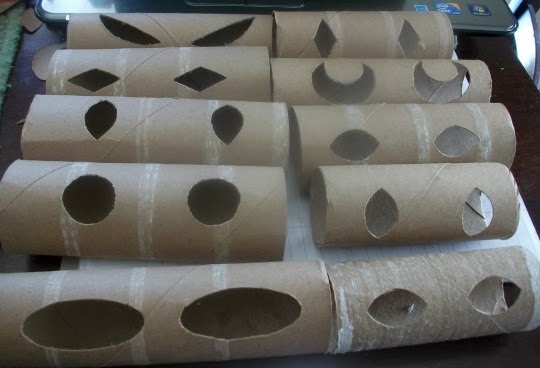 This is a very belated Halloween post, but since it's Pin Test #17, you can pin it for next year! I've been wanting to try this scary eyes in the bushes pin by Thrifty Crafty Girl Priscilla since I first pinned it sometime earlier this year. If there was a week to test it, it would be Halloween week. Then I ran out of glow sticks due to getting overly zealous cracking them open to hand out at the Trunk or Treat activity. I didn't get a chance to buy more before Halloween so I didn't get a chance to test it until very late in the game.

I just drew the eyes on with a pen and then cut them out with scissors. These are my first, experimental three I tried. I saved the rest to do with the family for family night last night, knowing the lighting would be bad and it would be hard to get a photo. And I say that because this photo is so fantastic...not...ha. 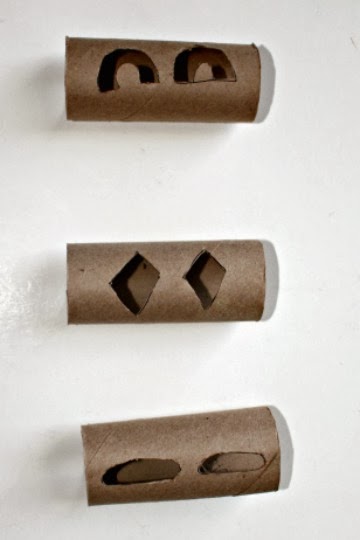 I had hoped to put these in the tree in our front entry but then realized that the front courtyard is now very bright, so I positioned then in the plants on the balcony garden. In the original Pin Test, Christmas lights were used and then in the comments someone recommended glow sticks. I liked that idea. So that's what I used. I like the idea of all white eyes with the Christmas lights though. I may try that sometime when I have a little more space.

Here's how they looked positioned in the planters on our patio. That was about the best we could do for bushes at night. Getting a good photo was a challenge and you can obviously see the toilet paper rolls, but I think if these were positioned in bushes they would be pretty cool. I used glow in the dark bracelets that come in the 15 pack and put one in each and after a few minutes they were not that bright. If I were going to do these in the yard I would either buy bigger glow in the dark lights or I would put in two or three bracelets. 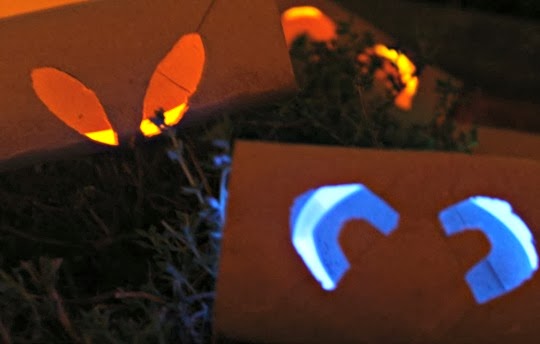 So I would say despite the fact that this post was one of the most troublesome posts I've worked on in a while the idea is a hit. I would definitely do this again and use them in the yard for Halloween. I would love to see a front yard lit up with them in the trees and bushes. You could probably use small cardboard boxes to create a variety of sized heads in the bushes. Sounds like a fun way to welcome guests to your doorstep.

Email ThisBlogThis!Share to TwitterShare to FacebookShare to Pinterest
Labels: A Pin Test, Holidays