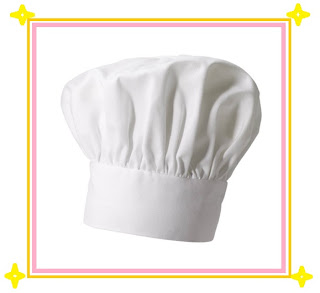 YEAH! I made it to the TOP 10 FINALISTS in this international foods recipe contest! The winner’s prize is amazing! I would die to win!


I had a good feeling yesterday when I read that the results would be announced. My recipe is for a French Chicken Cranapple Brie Grilled Sandwich which I created over the past 18 months of sandwich making for two people who love turkey sandwiches. I started incorporating new ingredients as I began growing my own basil and tomatoes on my patio. Why did I live in California for 10 years before I tried growing a vegetable garden on my patio?

The sandwich is grilled or toasted, with herbed chicken, cheese, sliced apple, chopped basil, cranberry compote or sauce, lettuce and tomato. It’s so yummy with a plate of crudite and some crunchy chips!

It’s been fun to experiment on my Martha Stewart two sided stove top grill/griddle which I purchased for a mere $12 at Marshall’s. I still have a lot to learn as a cook and recipe creator, but it’s been an awesome 18 months of cooking, experimenting and learning. Some of my best lessons have been on proper stove-top cooking temperatures and giving pans time to heat up properly before you start cooking.

I guess I can admit that in the process I also started a pan of butter on FIRE one night –pan a little too hot apparently. I’ve been cooking since I was tiny and it’s been burned into my brain that if you have a stovetop fire you can remove it from flame and put a lid on it or other options. What did I do? Screamed for help. So embarrassing! Luckily the butter burned itself out before we could act. Okay, while I'm confessing I also started a paper towel on fire and melted the side of a plastic container that was too close to the gas burner.

I’ve also learned how to experiment with herbs, oils and liquids, and the biggest feat ever, I learned how to cook a steak. I actually grew up on a farm where we had our own home-grown beef and poultry. But because I’ve never been a big fan of meat, I never became proficient in cooking it. But I finally studied up and learned to cook a mean, fat steak, awesome pork chops and fried chicken. I can even eat a pink steak and enjoy it as long as I don’t look at it when taking a bite.

Entering the recipe contest was a big step for me. Took a lot of time to document the recipe and the story behind the recipe including history of each ingredient in France.  Even looking at the other finalists I wonder what I was thinking when I thought I could enter. But what a great experience, to push myself to do something I didn’t think I could do. Isn’t it amazing how many things we end up doing that we had no idea we could do. I should do that more often and have more faith in myself. How about you?

PS -- At some point this was changed to the top 12 instead of top 10. If you have a chance, hop over to the site and leave a fab comment on my recipe will ya? Danish Puff Pastry and the Bortsch are getting way too much love in the comment section. ;)

Posted by kalanicut at 9:39 AM

Email ThisBlogThis!Share to TwitterShare to FacebookShare to Pinterest
Labels: Cooking